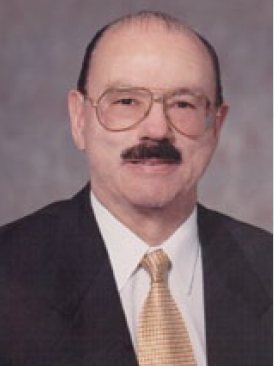 A VISIONARY TEACHER, MENTOR AND LEADER IN THE FIELD OF CARDIOLOGY IN PUERTO RICO

The Puerto Rico Chapter of the American College of Cardiology regrets to inform the unexpected passing away of Dr. Juan Aranda Ramirez; an icon in the field of Cardiology. His greatest passion was for Electrophysiology, teaching and mentorship in research. He was among the founding members and the first Governor of the Puerto Rico Chapter. We are confident that his legacy of leadership and solidarity with colleagues will endure. The Puerto Rico Chapter of the American College of Cardiology, physician members and the Governing Board are saddened by this news but remain hopeful that his legacy will carry forward the new generation of Cardiovascular physicians with continued enthusiasm. Our heart goes out to his family and friends, may he remain in our thoughts and prayers. Rest in peace.

He studied Medicine at the School of Medicine of the University of Puerto Rico, graduating in 1967. He was awarded the Dr. Isaac González-Martínez prize in oncology and the Dr. José Belaval prize in obstetrics and gynecology.

He completed his training in Internal Medicine at the University of Puerto Rico (UPR) Medical Sciences Campus Program. In the year 1970, he developed an interest in cardiology and he proceeded to complete a fellowship, supported by the National Heart and Lung Institute under the direction of Dr. Mario García- Palmieri at the University District Hospital. In 1973, he moved to Miami to complete a fellowship in Electrophysiology.

While at the Beach Army Hospital in Texas from 1971 to 1973, with the rank of major, he was named chief of medicine and director of the outpatient medical clinics. During his two years of military service he was responsible for innovations such as the ambulatory clinics, established a coronary care unit and developed the protocol for the problem oriented record. This protocol and guidelines were published in the Journal of the American Medical Association in 1974. These studies were used by the Department of Defense to establish the use of the problem oriented record throughout the medical services of the Armed Forces. For these accomplishments, Dr. Aranda received the Army Commendation Medal.

At the end of 1974, he was awarded the Harry Bothwick Memorial prize for his outstanding work as a fellow in cardiology at the University of Miami School of Medicine in Florida. He remained as a member of the faculty as Assistant Professor of Medicine from 1974 to 1977. His studies regarding the association of mitral valve prolapse and coronary artery disease were published in Circulation and the American Journal of Medicine. In 1977, Dr. Aranda returned to Puerto Rico as Chief of Cardiology at the Veterans Administration Hospital. Dr. Aranda was very active in the development of the affiliation of the cardiology services between the Veterans Administration Hospital and the UPR School of Medicine where he was appointed Professor of Medicine in 1987.

Among his accomplishments he developed the diagnostic electrophysiology laboratory as well as expanded the programs to carry out clinical studies.